New York was lots of fun. The kids were cute and so excited to see LEDs change colors. Can’t wait for next year!

Center Flee was on the right side of the Tesla coil show, Arc Attack.

Lots of sparks in the air.

Center Flee has a new website. Read all about the technology, marvel at the photos and videos.

Once again Center Flee + c4ss4ndr4 will be exhibiting at Maker Faire Bay Area 2014. It promises to be a most excellent event, best of the season. 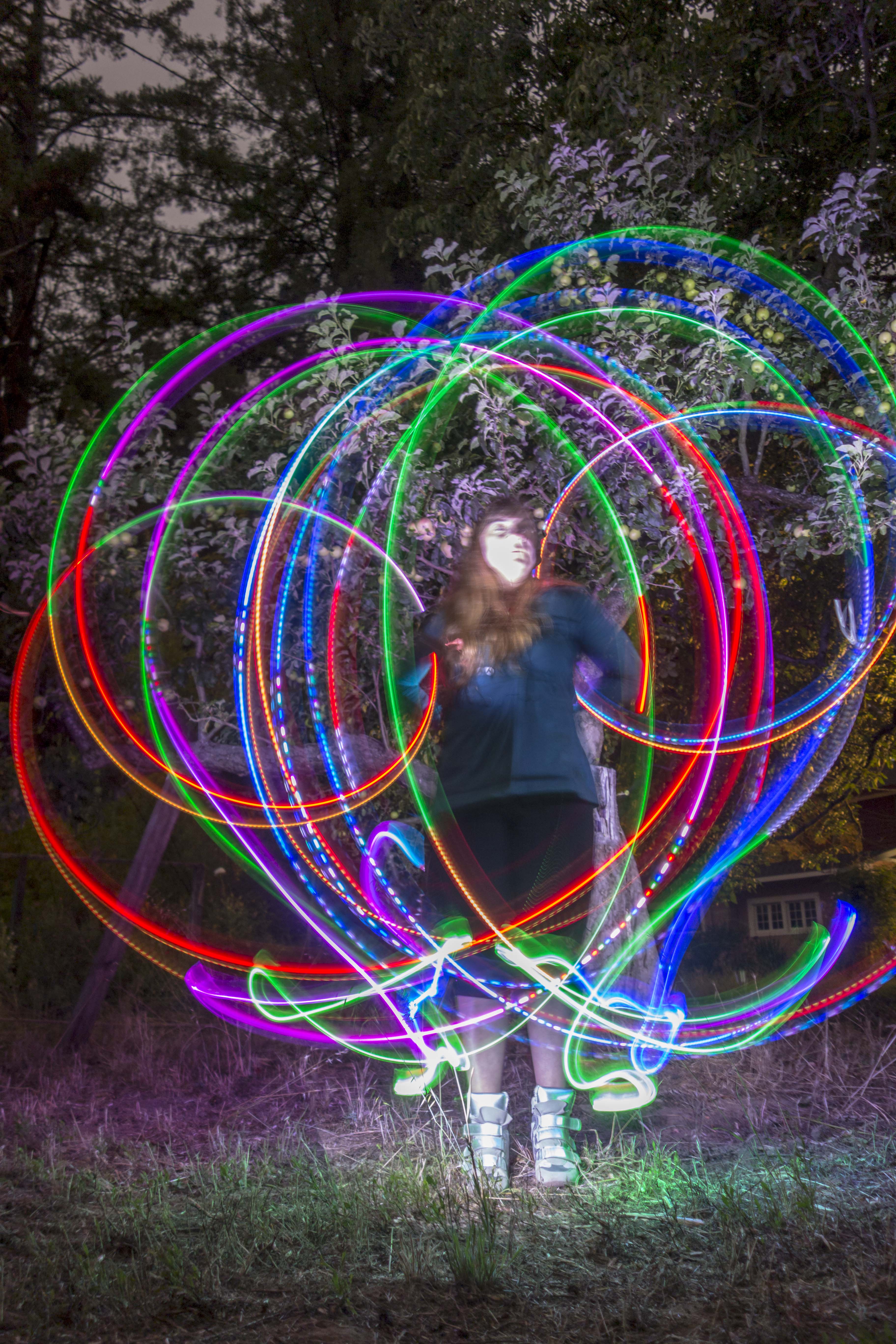 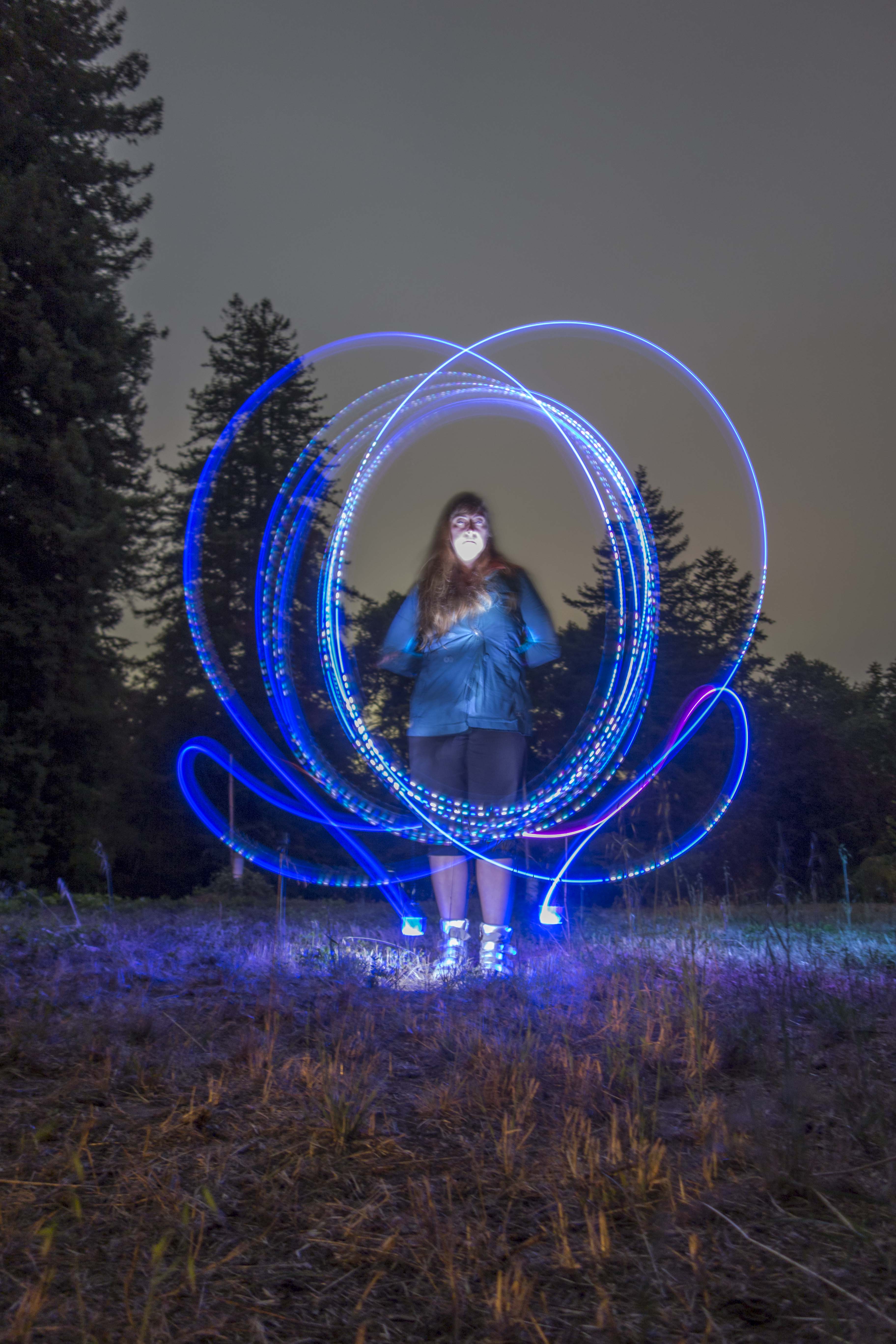 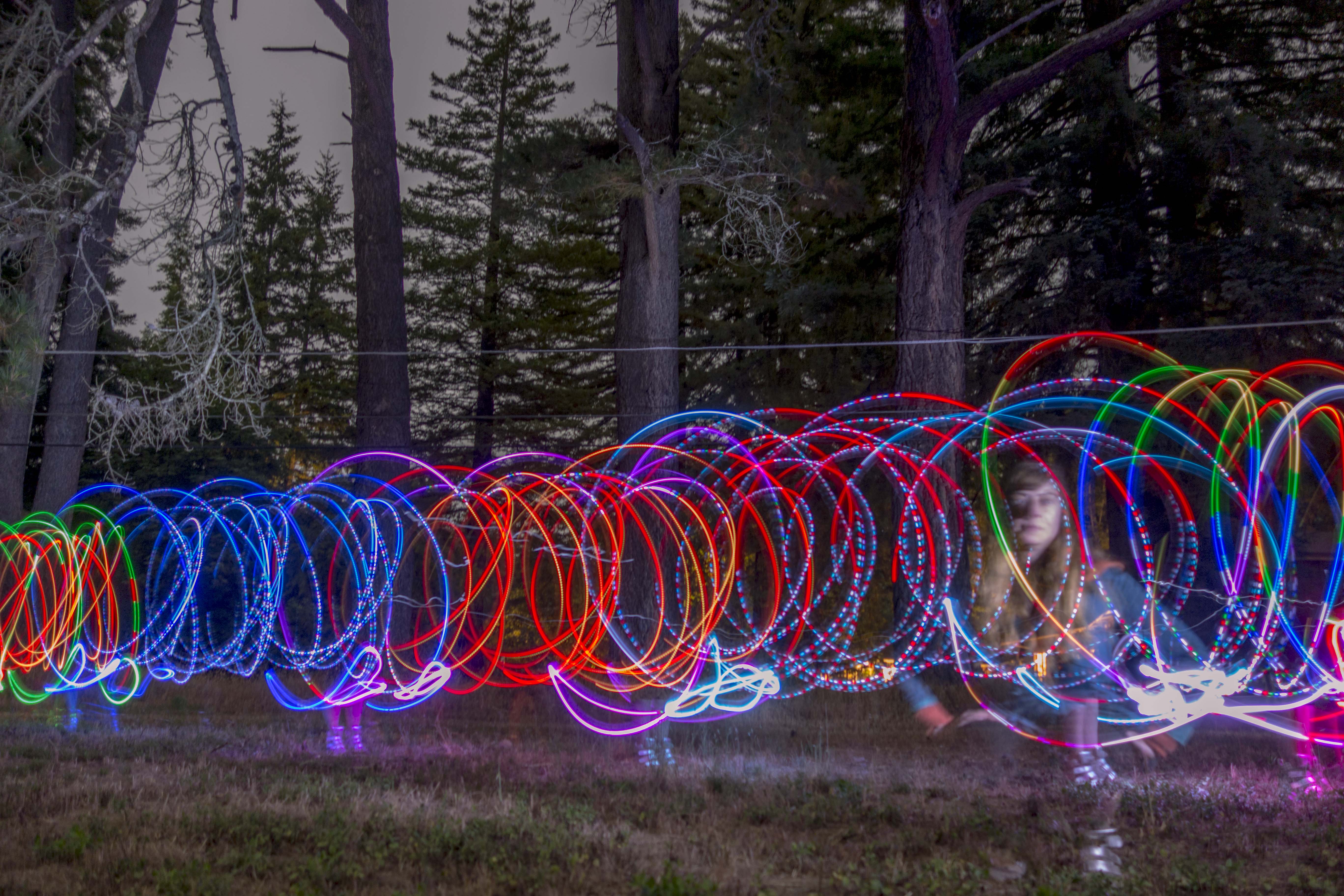 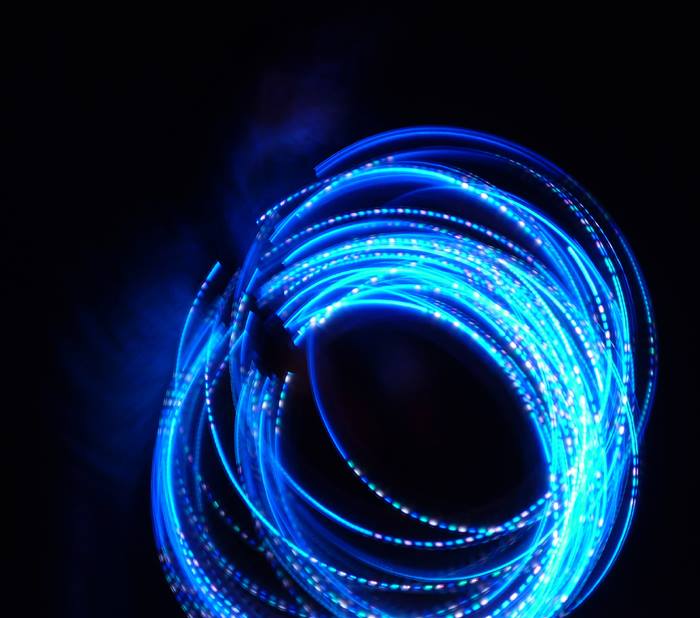 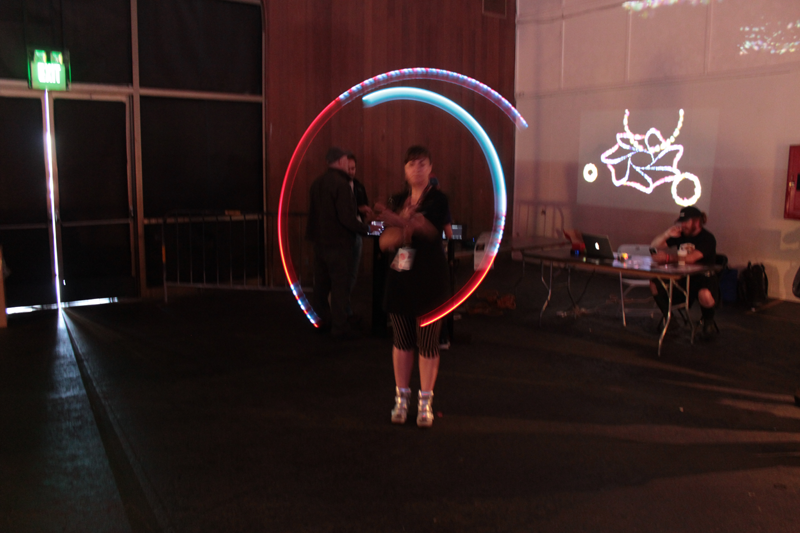 Center Flee are accelerometer based, networked LED devices, spun like fire poi, they make music and light effects. They respond to subtle changes in velocity, making a delicate conversation between performer and technology.

The Arduino powered smart poi use the accelerometer data in multiple ways. The spinning motion is translated into RGB LED values, printing colors at specific points in the rotational arc. Accelerometer data is also transmitted to a computer using XBee Wireless chips, producing sounds with each spin. To change between color sequences, ranging from rainbow to red, blue and green channels, simply drop smart poi while at rest or stall while spinning.

The effect is truly mesmerizing, as witnessed at Maker Faire Bay Area 2013. A visceral combination of motion and light, they are simple to use but difficult to perfect.